Fruits and vegetables arrive to our homes still aliving and therefore, they keep their metabolism and respiration, consume oxygen and produce mainly carbon dioxide, water vapour and a series of volatile gases, among which ethylene.

The control of such gases during cold-room storage goes under the name of CONTROLLED ATMOSPHERE (CA) that, by a correct control of temperatures and relative humidity, guarantees an ideal and natural conservation without any chemical additive, for each type of fruits and vegetables, whose metabolism is slowed, so that they come onto our tables still pretty fresh and vital.

Slowing the metabolismo during the conservation time is essential, already starting from the harvest, for which reason it is necessary that fruits arrive to the storage center from the fields in a short time and undergo a correct treatment.

Rooms, equipment and technologies developed by Marvil allow to keep fruits as if they would just have been collected even after months of conservation. Marvil’s specialized technicians, thanks to their years-long experience, are in a position to suggest the simplest and accurate way to preserve your product in order to achieve unexpected results.

Typically are the gas-tight cold-storage rooms which allow to create sealed environments and to control mainly the content of oxygen, carbon dioxide, nitrogen and ethylene.

Thanks to the plant’s complete automation, the simplicity of its control, the recording of parameters and their easy display, uncomplicated and intuitive man/machine interfaces, remote-mode controls – in particular by means of special apps operated via smartphone – as well as an open data-transmission system accessible for third-party control programs all together make that Marvil’s systems are deemed to be among the simplest and most reliable ones on the marketplace.

During the past years many techniques with ever lower oxygen and carbon dioxide values have been developed. After the ULO ultra low oxygen system, which was the most popular choice of the last century, in the 2000s the DCA Dynamic Controlled Atmosphere method came up, as an evolution of the ILOS (Initial Low Oxygen Stress) system that was supposed to solve, WITHOUT THE HELP OF CHEMISTRY, a disease generated during the conservation: superficial scald, typical of certain apple and pear varieties, which appears after some months of conservation.

DCA consists in reducing the oxygen content down to anoxia – and, hence, potentially dangerous – levels that in the long run could cause the death of fruits, but kept at certain values, allow fruits to immediately react (by stress) in such a way that the metabolismo is suddently slowed, which results in a self-protection of fruits themselves.

By Marvil’s technology it is possible to avoid these risk and to obtain excellent results with a total exclusion of the superficial scald disease as well as a longer shelf-life of fruits after they leave the plant. This technique consists of strongly slowing the metabolism of fruits during their conservation and subsequently re-establishing normal atmospheres and temperatures so as to restore the natural metabolism that allows continuing the ripening process, thus obtaining tasty ripe fruits on our tables.

A natural technique without chemical additives, based only on the regulation of the composition of the room air.

For the control of Dynamics, Marvil avails itself of two devices: in the first place, a simple sampling and analysis of the ethanol produced in the pulp, and then the SDS system with a special electronic device to measure the gases produced by the metabolism, and finally an index of the stress value of fruits. 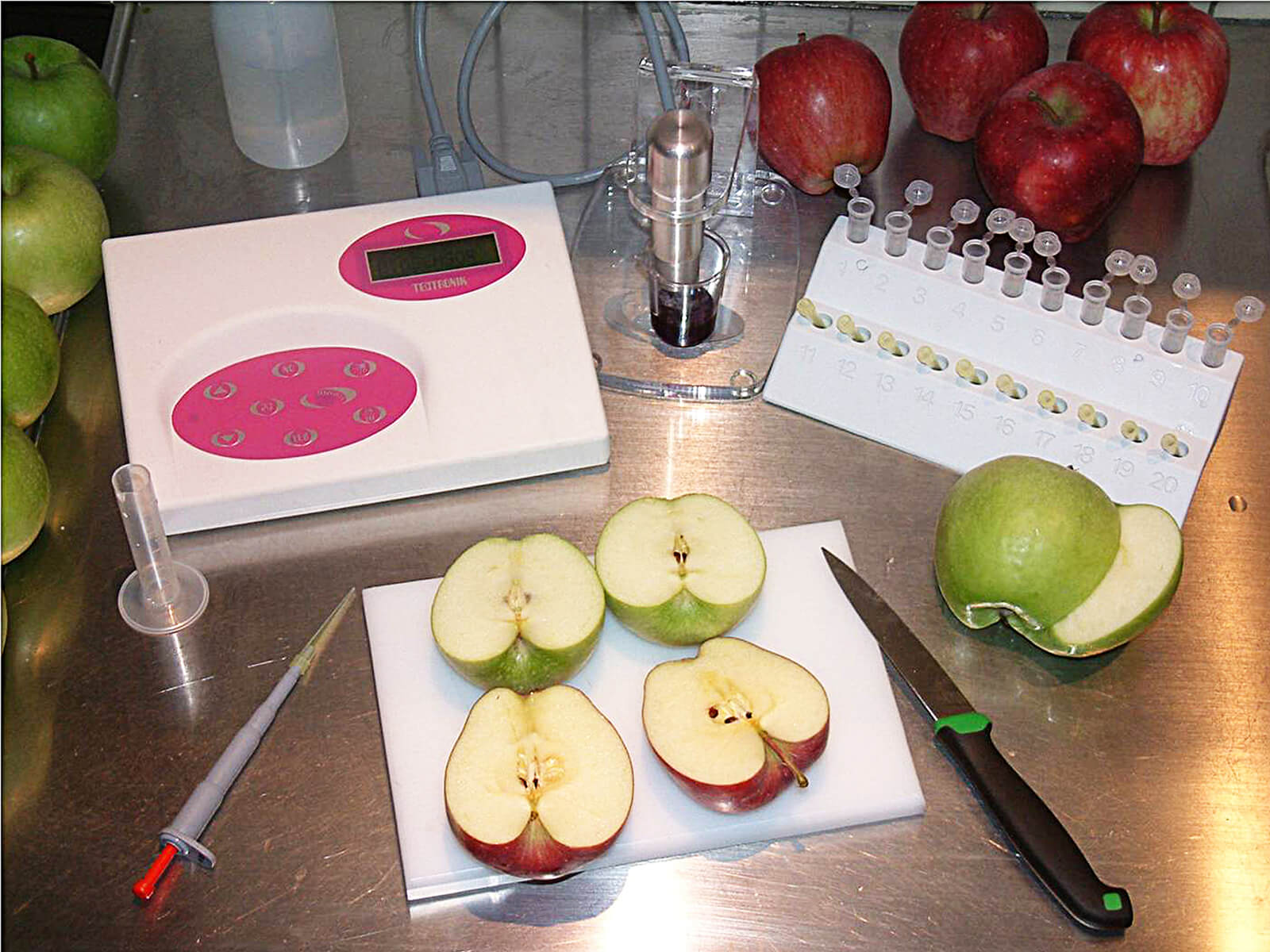 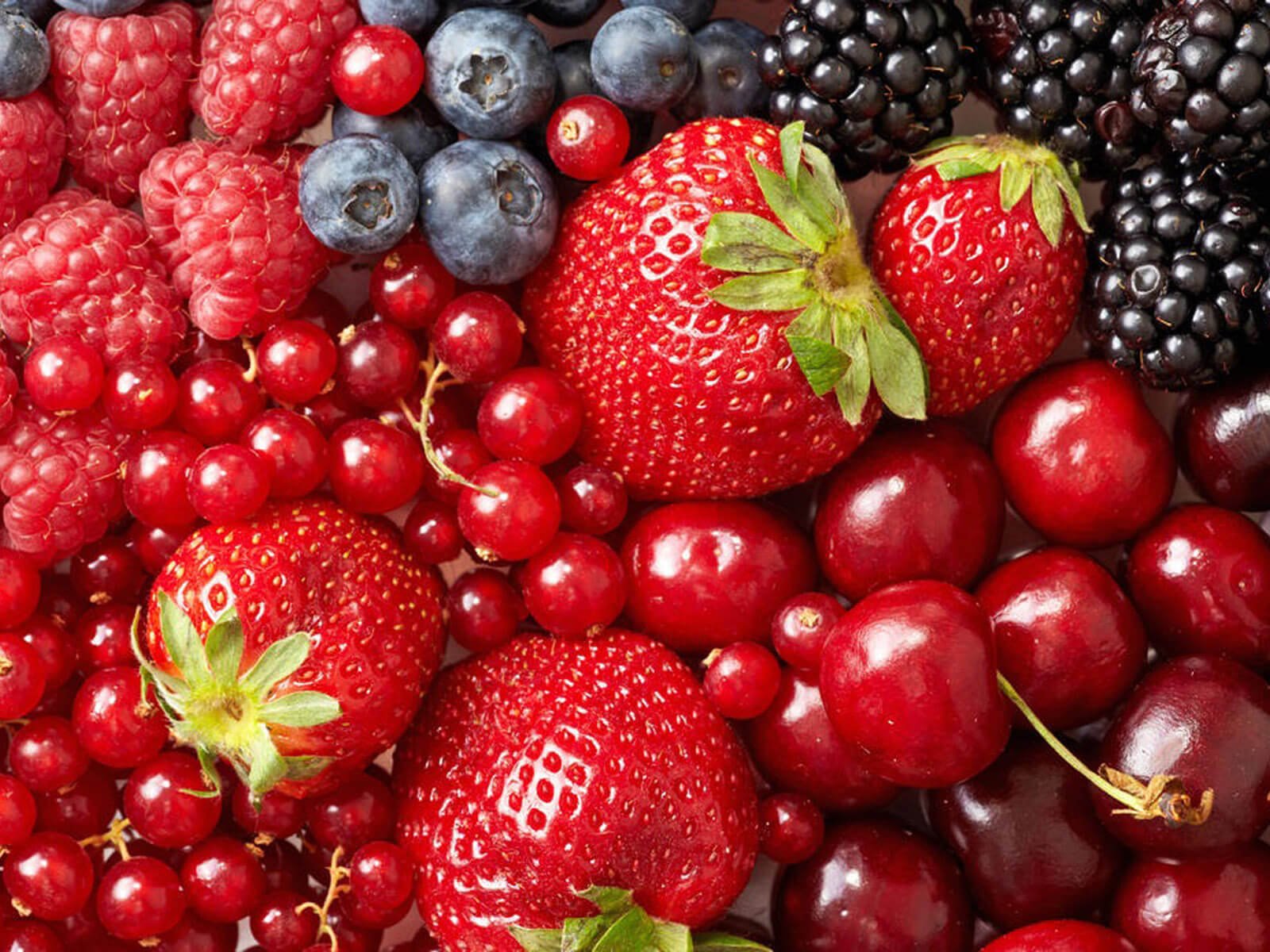 For small quantities or those typical of small-sized suits, such as cherries or mushrooms, a practical system is CA or ULO in Pallets.

Products in pallets can be placed on special boards and bagged in thick polyethylene sacks.

They are connected to each other in a closed circuit. An automatic system controls the gases inside the pallets, whereby conservation is assured by a practical and ideal method. With this method it is not necessary to have a great quantity of product to fill a room, but every day it is possibile to store it in atmosphere and in case of necessity,  single pallets can be detached from the circuit at any time, without interfering with other pallets. 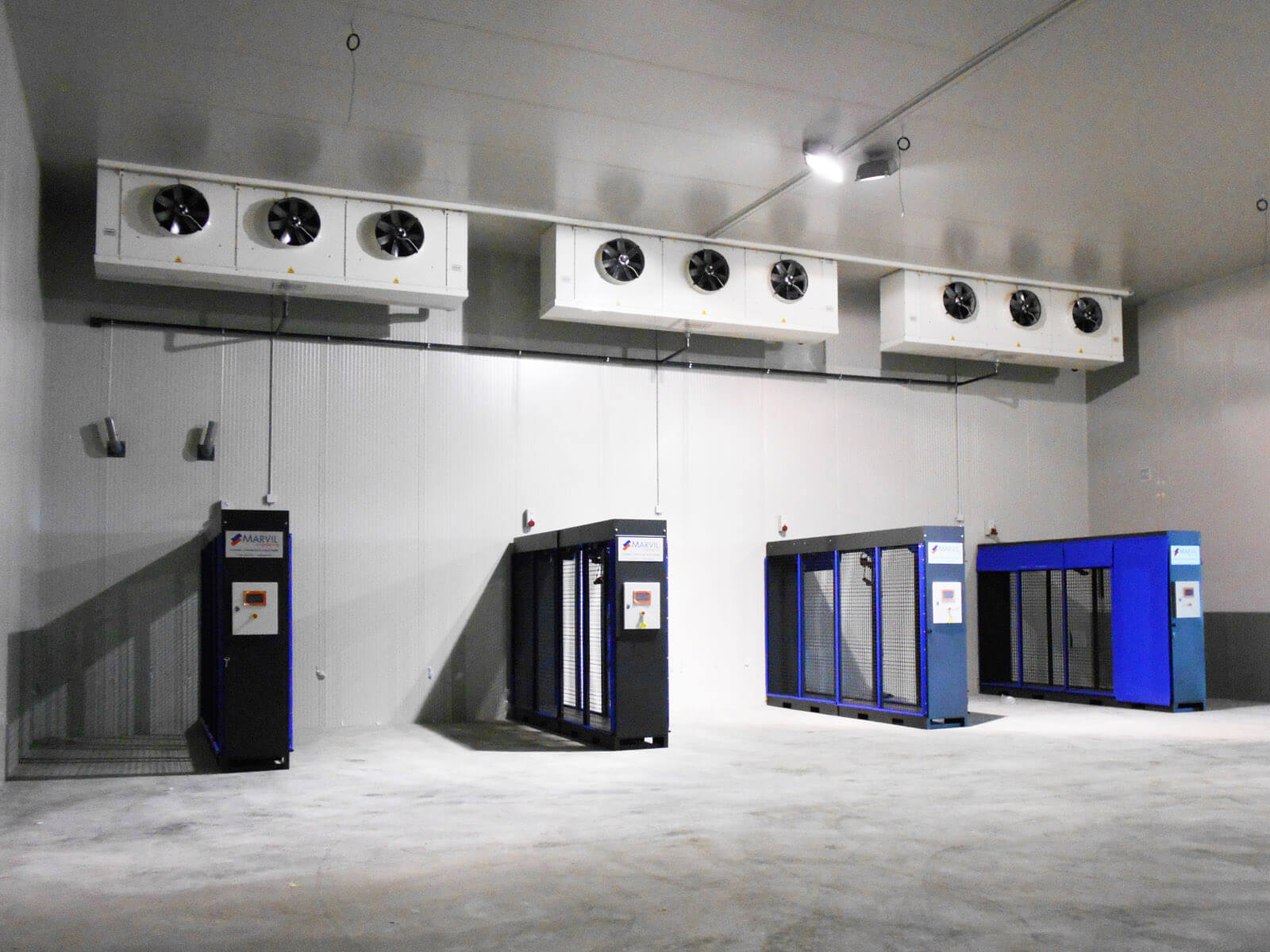 In the conservation chain it is important to start cooling immediately after the harvest and after processing, especially in view of overseas shipping.

Marvil has perfected movable or low-impact quick-cooling systems for the installation in existing cold-storage cells, so as to reduce cooling time even inside totally closed or poorly ventilated packages.

Thanks to Marvil’s high professional skills and experience and its experts in the sector, it was able to develop a system that assists the ripener for the maturation treatment of fruits.

Marvil’s philosophy is that the consumer must receive good fruits ready for eating.

After an optimal and controlled ripening process, a fruit must be received by the consumer who looks at it and holds it in his hands, beautiful, compact and scented, ready and good for eating.

Control systems to automate and standardize temperatures, humidity, CO2 and ethylene in view of obtaining a perfect ripening or de-greening with a fair colour degree.

From the classical banana tunnels to those for exotic fruits, such as mango, papaya or avocado, up to those for the de-greening of citrus fruits, with a correct control of all the parameters.

For persimmons,besides ripening, natural treatments are possible to reduce tannin and obtain crunchy and sweet fruits. 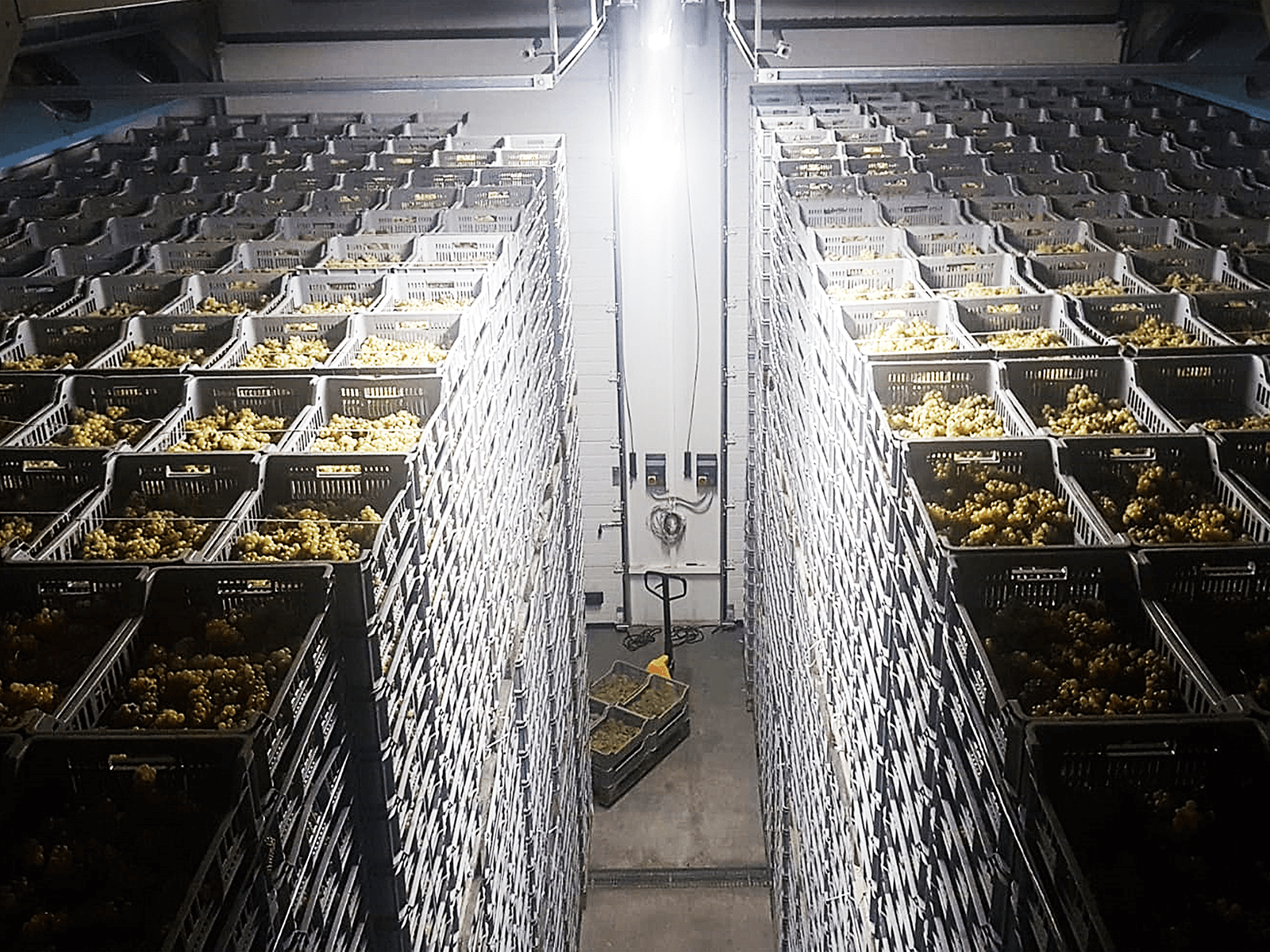