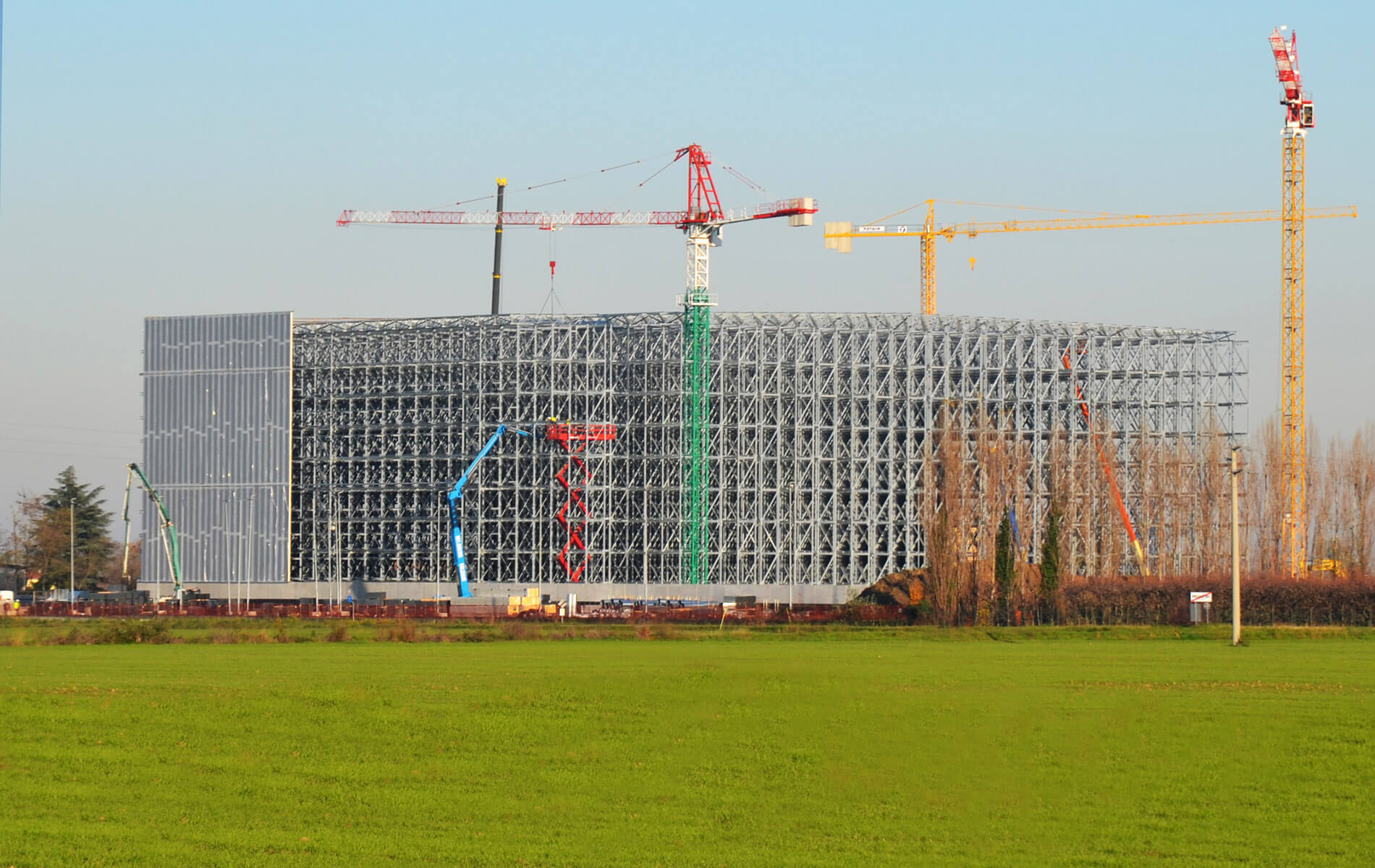 Thanks to the years-long experience in the field of controlled and modified atmospheres, Marvil realized already in 2005 the first automated warehouse with an ORS Oxygen reduction system.

At that time it was a seminal technique; starting from the idea of extinguishing fire with inert gases, we thought about protecting commodities by keeping the values required for extinction, so as to inhibit the spreading of fire, but not the access of persons, by keeping oxygen at values allowing breathing inside rooms.

This was the birth of the Oxygen reduction system ORS, and since then development of knowledge and technologies went on without disruptions.

At that time no rules were in force in matters of ORS systems, and for such installations long lasting authorization procedures by way of derogation had to be followed before the competent institutions. Anyway, as said technique became more and more popular, especially in big-sized warehouses and data-centers, it evolved thanks first to German guide-lines and then to Austrian directives, and finally to the publication of the European regulation EN16750. Now it is a well consolidated fire-prevention technique.

Fire-prevention by ORS is simple – oxygen is kept at concentrations that hinder the flaring of flames. For a combustion reaction to take place, three elements are needed: a combustible, a combustive element and ignition. If one of them is lacking, no combustion can occur. 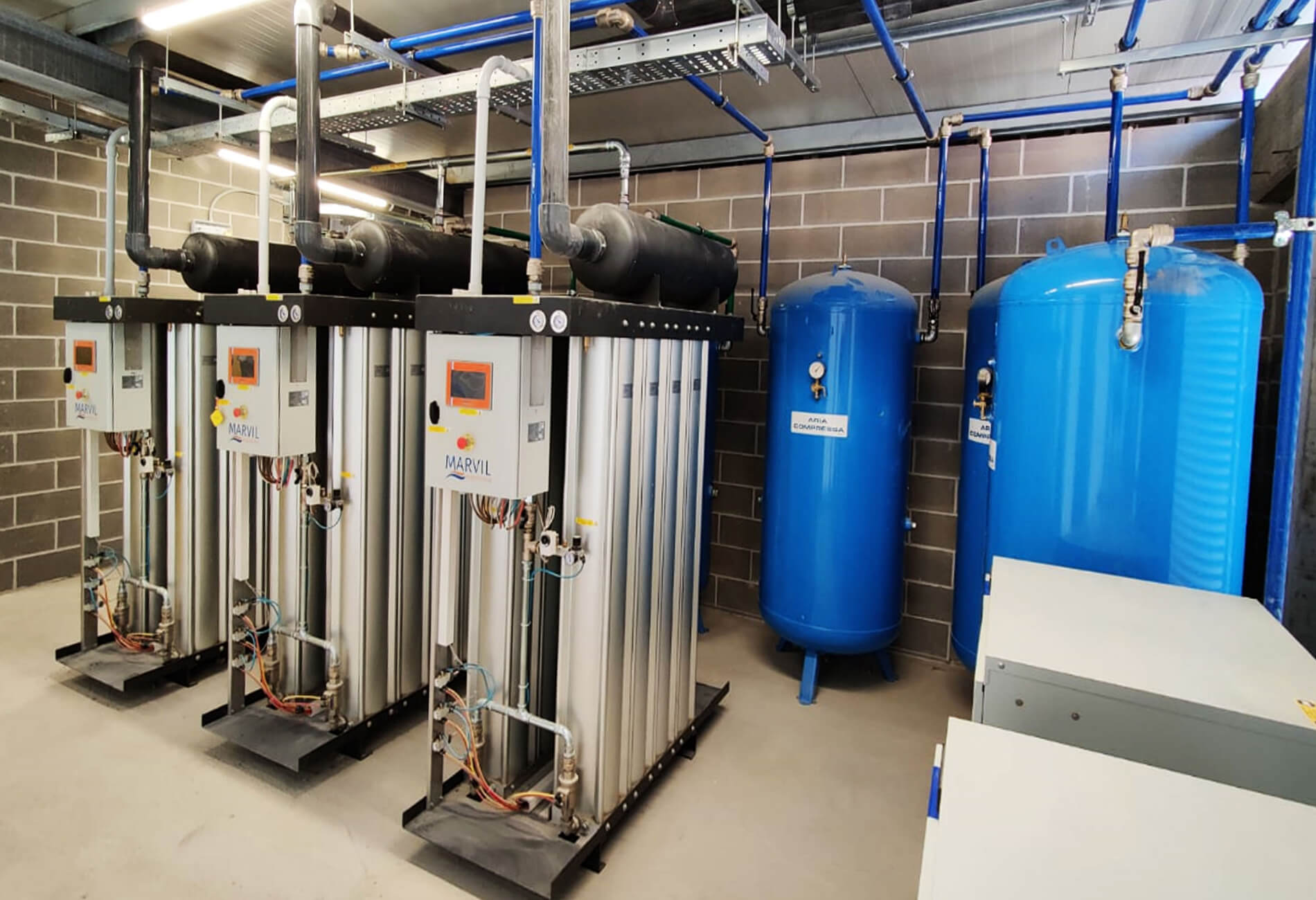 The combustive element is oxygen, the oxygen reduction in the air inhibits  combustion and hence flames; therefore, it is important to keep the oxygen in rooms below the ignition threshold.

As to the persons who have to enter the rooms temporarily, they must comply with entrance procedures, as entering a warehouse with reduced oxygen is like going on a mountain of 2500 to 3800 mt. height (ref. Tab. 2B annex B EN16750).

The atmosphere inside a warehouse is continuously controlled and monitored by the modern equipment designed and constructed by Marvil Impianti srl, a firm certified pursuant to the ISO 9001 standard for the quality control system, and the components produced by the same firm are certified by specialized and accredited institutions.

For Marvil Impianti quality is an indispensable prerequisite of any business process, from the design to the after-sale support. 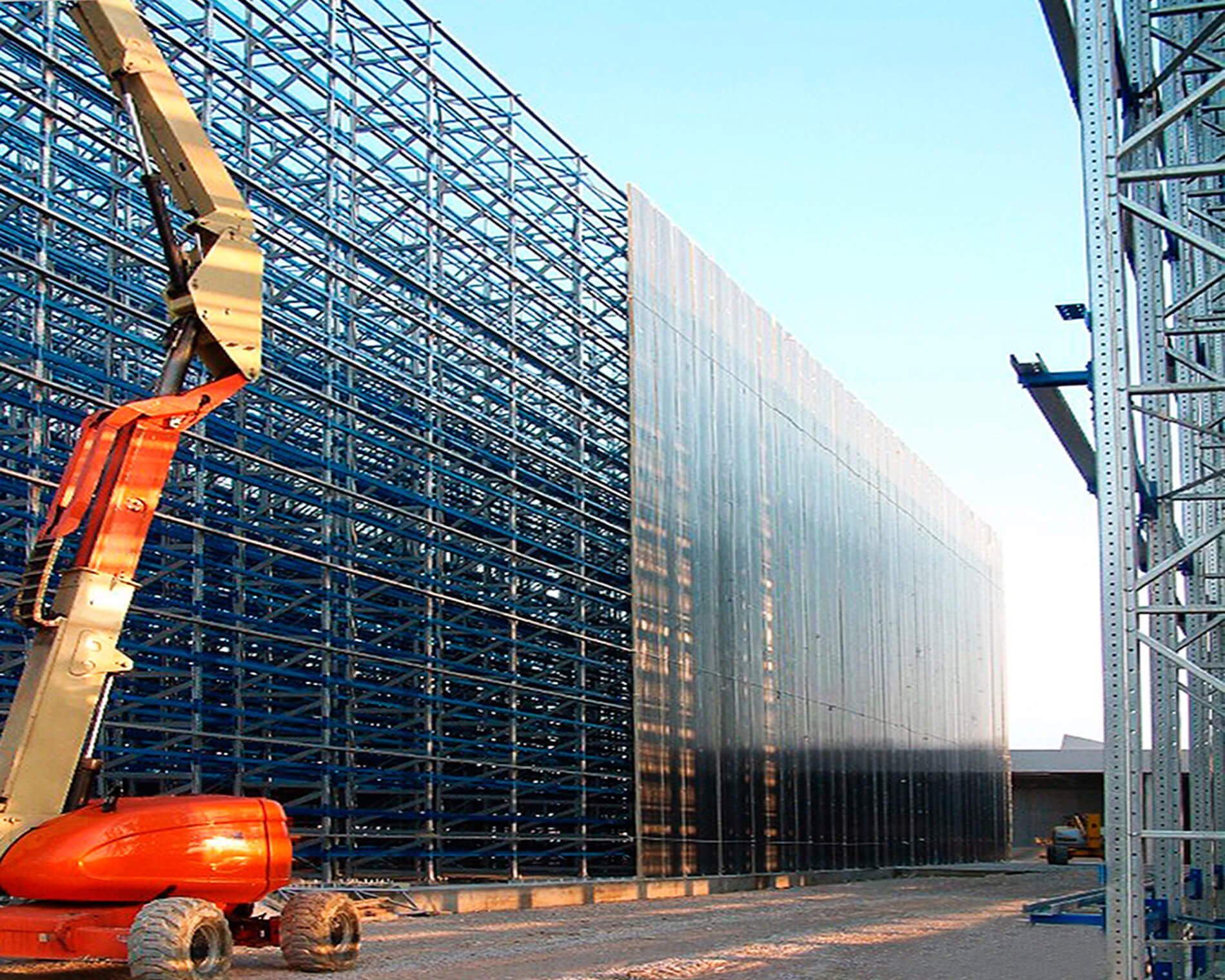 The installation of ORS systems allows to optimize spaces with respect to traditional systems.

Today ORS represents the most effettive solution to prevent fire in:

and all the rooms for the storage of valuable goods that cannot be damaged by other types of fire-extinguishing systems.

Today an ORS equipment represents a clever, far-sighted and technically most advanced choice. 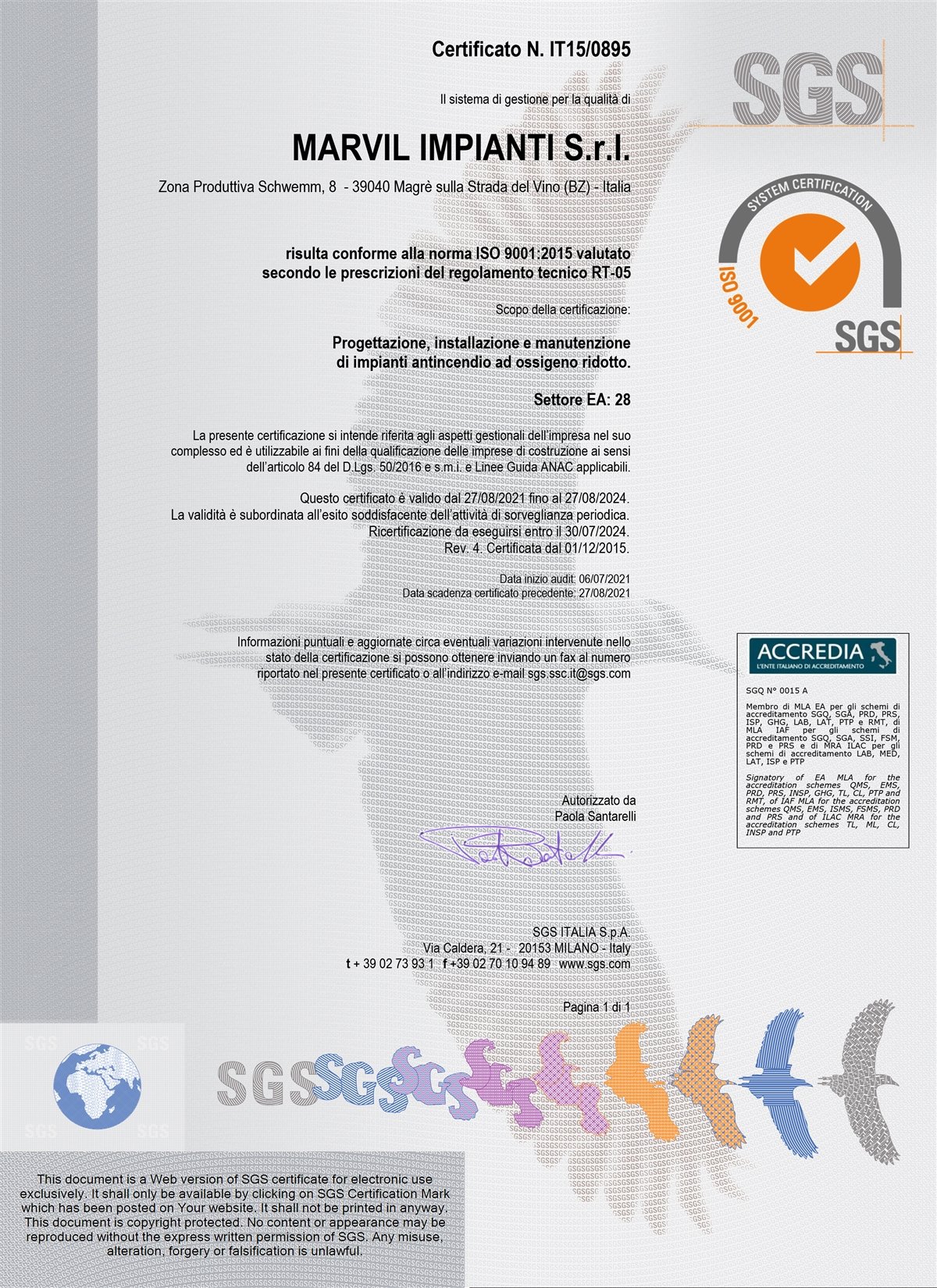 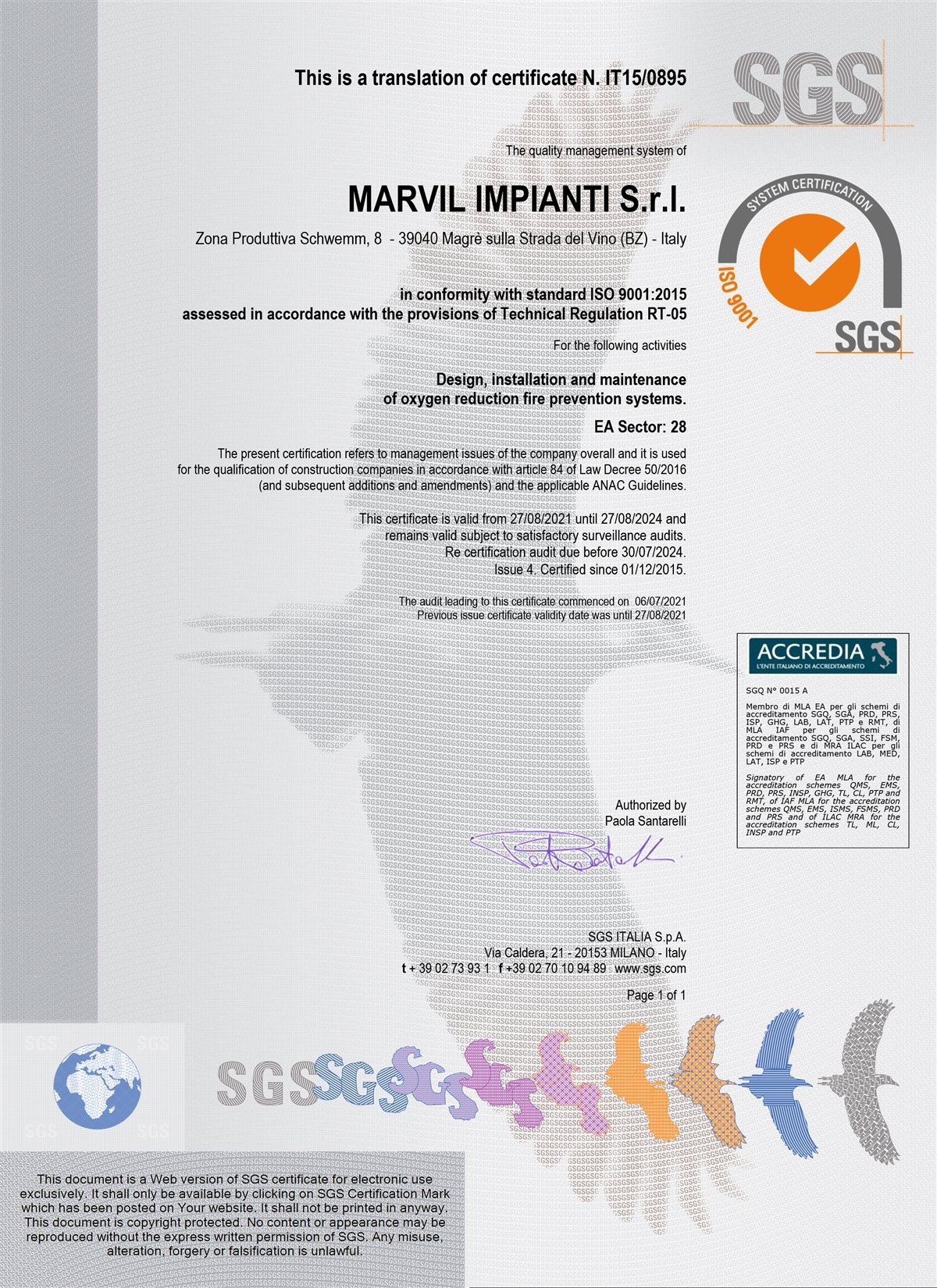 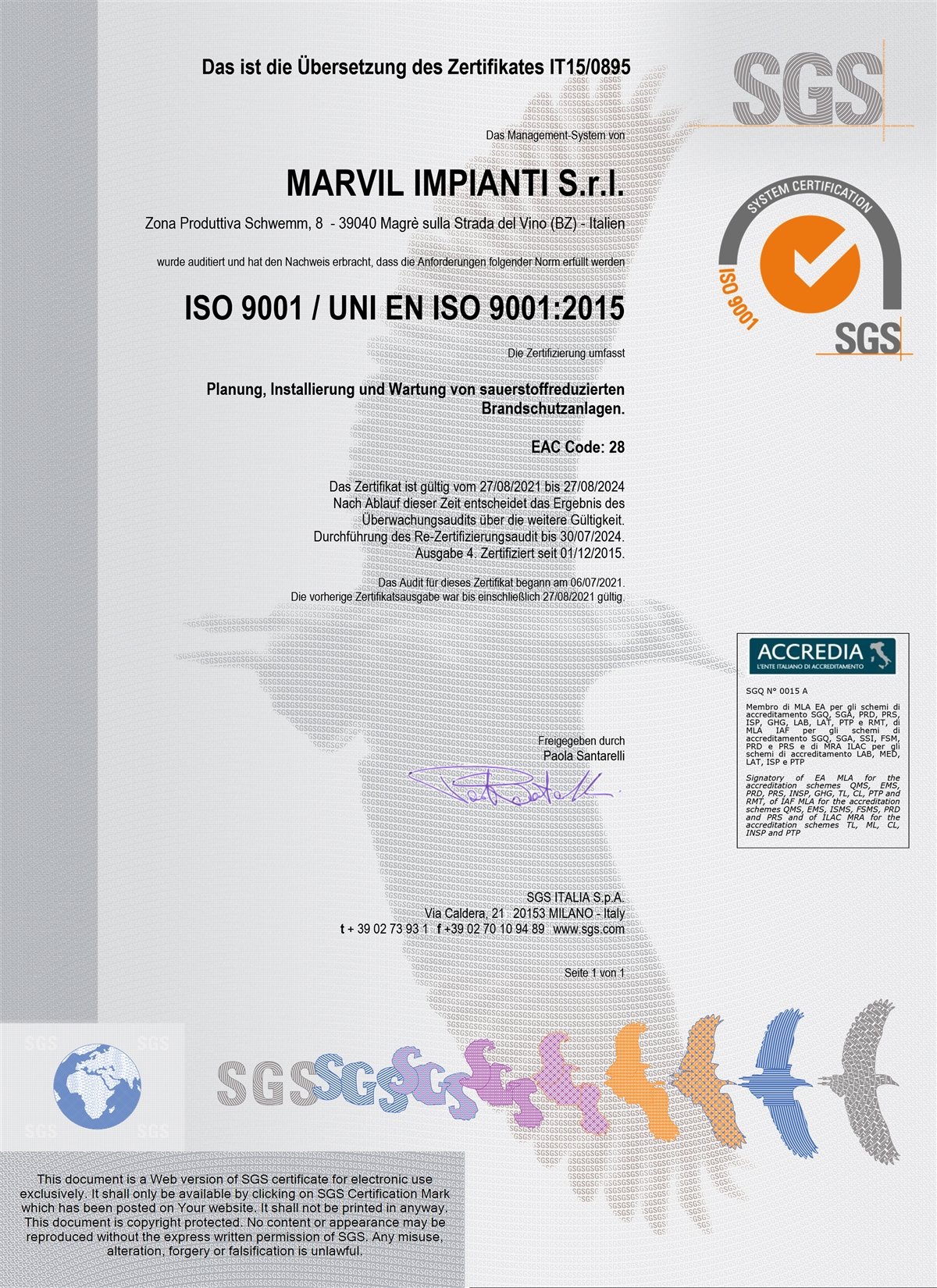 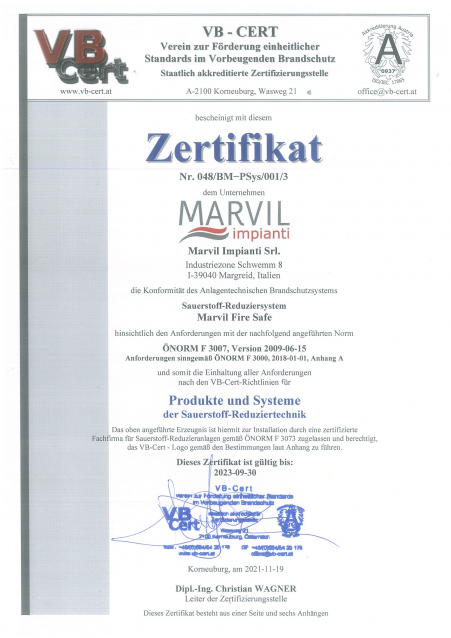 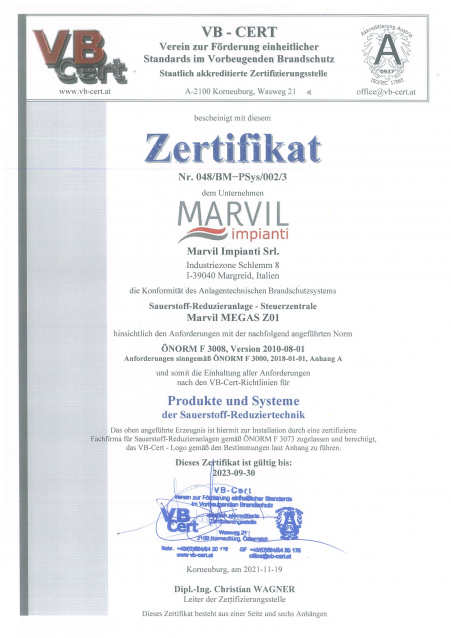